Kimberly attended the Alberta College of Art and Design (Albert University of the Arts) in the late 90’s and Graduated with a Bachelor of Design in 2002. In her final year at ACAD, her work was featured in Canada’s Applied Arts Magazine. Early in her career, she worked in-house at design agencies, and also worked as a freelance illustrator. After travel, she stepped further away from the Commercial Arts and jumped into the sculptural field of carpentry and residential home construction. Through this period, she continued to sketch on a fairly regular basis but, she felt a need to return more fully to her roots in the art world. Kimberly was selected as one of the Artists to participate in ‘Art in the Park’ 125 years of Glacier National Park and Yoho National Park. She coordinated private art classes, including a portraiture and mixed media workshop for Leah Evan’s Female Youth Program: ‘Circle In’, she spoke on her art at PechaKucha at Key City Theatre, and has been the Artist in Residence at Pynelogs Cultural Centre in Invermere, BC for the past four years. Deeply drawn into understanding the mechanisms of the body and the mind, Kimberly thoroughly studies and practices the eastern healing arts of Thai Massage and Yoga in which she runs her own business alongside her Visual Arts Practice. Kimberly loves to push boundaries and find new ways to express her creative drive. Private and Commercial Collections and Commissions of her work can be found throughout North America. 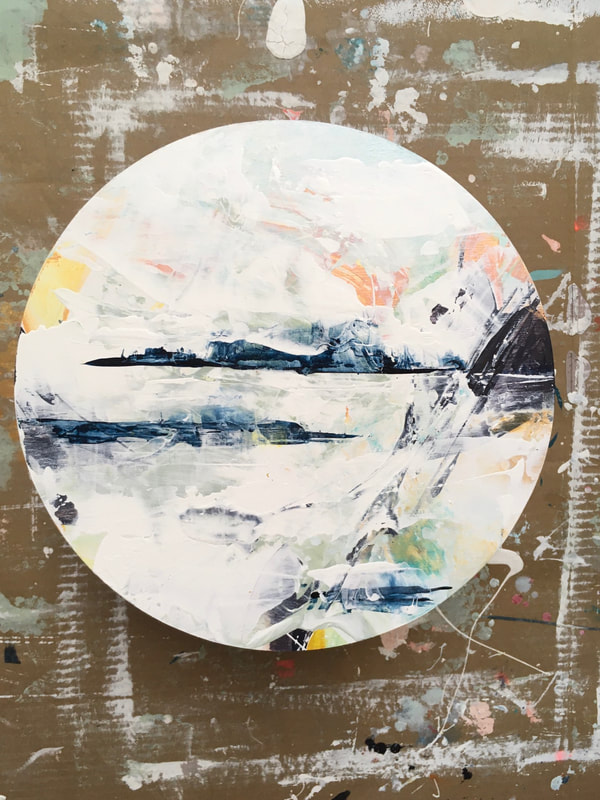