Welcome to "The Studio"
​The Studio is a place an artist spends a great part of each day or night, and it can tell us a fair amount about their personality.  A tour of the inside of this sacred space can be both brave and a little intimidating.  We would like to thank all of these artists for opening the door to their soul, their hearts, and their mind…a passage into the mind of the creator.

​Studio 1.   “Out of this World”  Richard Reeves
The first artist to open his space to us is Richard Reeves, the world renown animator on film. He meticulously draws directly on the 35 mm film to create both a visual and sound adventure. His award winning short films have been featured in film festivals world wide.


When you walk into Richards studio you will pass through a curtain of film which leads you through the Milky way and is a sign you are entering another galaxy. He calls it his spaceship mission control  centre. Richard recently completed the soundtrack breakdown of all 6000 frames for new film. Visuals next.


Some of Richards films are available on a DVD in our gift shop. ​ 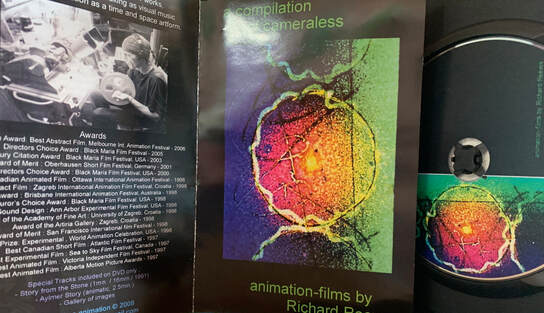 ​
Studio 2.   "Spirit of Creativity"
​Stewart Steinhauer
Stewart Steinhauer is a master granite carver who specializes in large narrative granite works.  His art is part of many international collections and a number of his recent works are on display at the New Calgary International Airport Terminal.


The first time I saw Stewart carving in his outdoor studio, I was amazed at his endurance.  He would work for many hours, first with a series of diminishing diamond saws, and then with a meticulous stepped polishing system, to bring life and culture to stone.


“Carving granite is where I go into my ceremonial space, a special space and activity. That special space is less about thinking, and more about the act of being. Being present in an unthinking but conscious state, in relationship with the Rock Grandfather.” 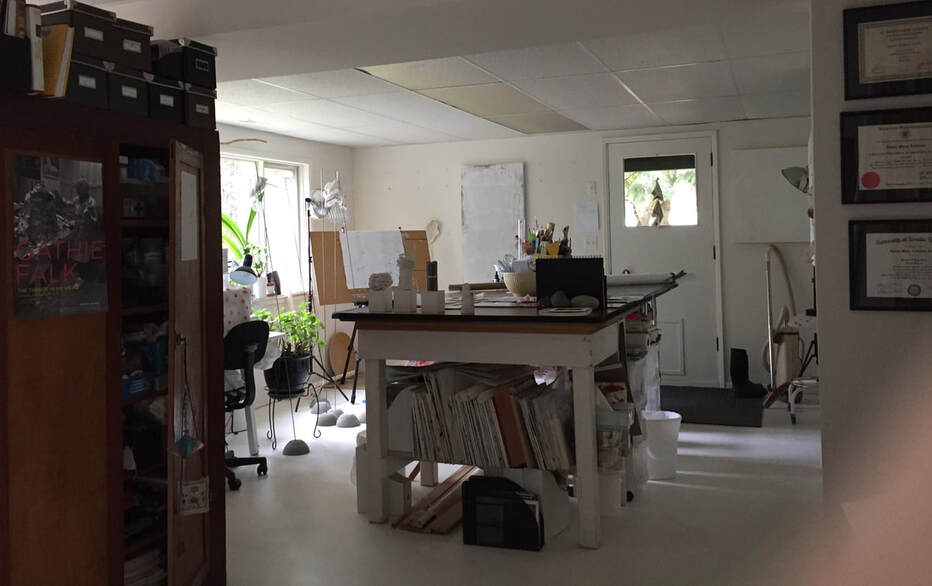 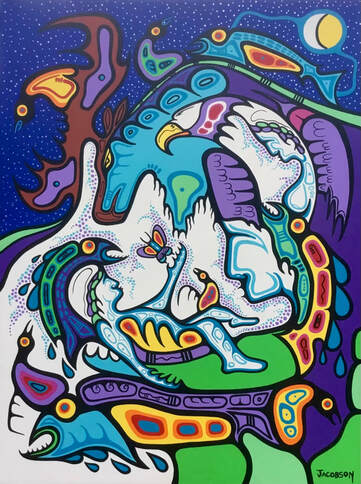 Studio 6.       Shprixieland
Once upon a time there was a colourful little studio nestled on a hillside over looking the Kootenay lake which goes by the name Shprixieland. Shprechen and Pixie the potters who live there create magical wares that fly off the shelves as fast as they can make them. If you are lucky, you too can acquire a piece at the gallery to treat yourself or that special someone.